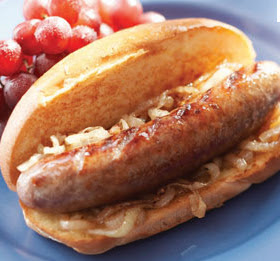 Snow is finally off the deck, so it's officially time to fire up the grill. In my early days, I'd just rip open a package of brats, toss them on the grill until they were cooked. That resulted in good brats. Later on I started a 2-step process. First, I would gently simmer the brats in beer and then finish them on the grill over charcoal and mesquite. That resulted in great brats.

I recommend you use Johnsonville Beer 'n Bratwurst (see package at bottom of this post). And a brat is not properly finished unless you've smothered it in Silver Spring Beer 'n Brat Horseradish Mustard, available at Costco or online: http://silverspringfoods.elsstore.com/view/product/?id=27776&cid=232 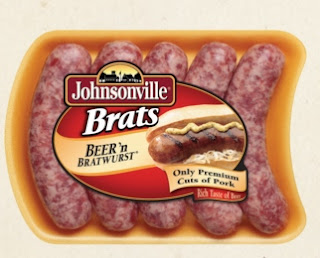 Posted by Terry Gruggen at 4:07 PM