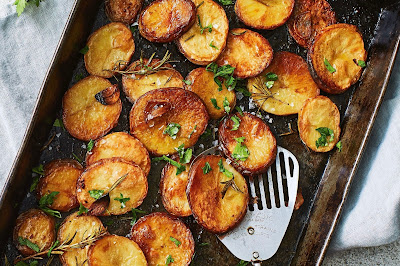 Steak and potatoes....perhaps the greatest combo in all of dining history. How many different ways do I love my potatoes? Baked...French fried...hash browns...tater tots...Hasselback...au gratin...there are so many ways to cook them. I stumbled across this recipe for Melting Potatoes this week...just one more way to create the perfect match for bone-in ribeye. 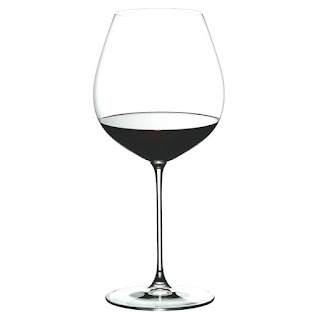 Posted by Terry Gruggen at 9:20 AM No comments: 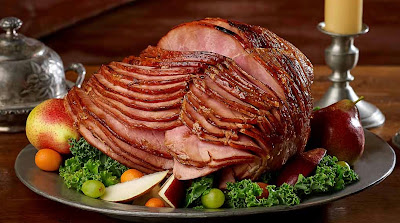 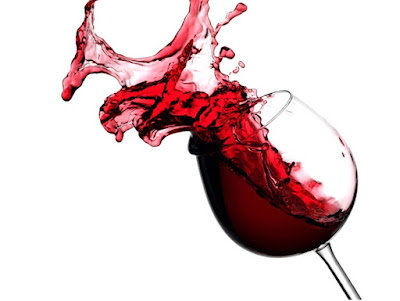 Posted by Terry Gruggen at 10:01 AM No comments: 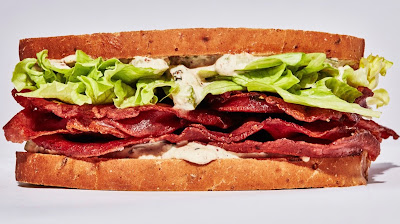 Bologna is a much maligned and ignored luncheon meat. It originated in Bologna, Italy, where it is known as mortadella. Mortadella and bologna have the same ingredients, but the former has little flecks of pork fat in it. American bologna is just a plain shade of pink all over.

But something remarkable happens to bologna when you fry it. It completely transforms the taste and texture. It's kind of like this formula: smoked pork belly + heat = BACON! Yes, this formula: 1 + 1 = 5! Heat + Bologna = 5!

When you fry bologna, the stars in the sky realign...allowing you to build what is probably one of the world's greatest sandwiches. But frying bologna isn't quite as simple as it sounds. It's round shape causes it to buckle and fold, making it a most unruly sandwich ingredient. 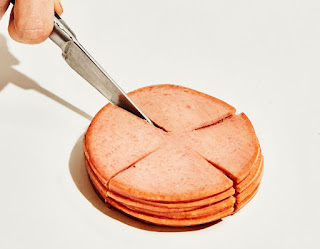 To prevent this, you need to partially quarter the slices. Keep each slice intact, but cut 4 deep notches that will maintain flatness as you fry it. Once fried, you will ask your bologna to join a troupe of sandwich all-stars that will cause you to make this sandwich again and again and again. And that's no baloney.

Posted by Terry Gruggen at 9:10 AM No comments: 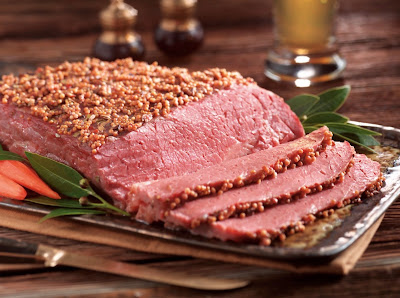 Some meals and holidays are inseparable. For me it's crystal clear what goes with what: ham at Easter; turkey for Thanksgiving; prime rib for Christmas; lobster for New Year's; and corned beef brisket for St. Patrick's day. A lot of those meals require some major work...prep and cooking. But there are two meals that are ridiculously simple...Easter and St. Patrick's Day.

What makes them simple is the use of a crockpot. It's as simple as dump the ingredients in, walk away and come back for an absolute killer meal ten hours later. You don't even have to peel the onions for St. Patrick's Day! So if you're feeling a little Irish next Saturday and want to share a little blarney with those you love, reach for your slow cooker!

*My favorite corned beef is made by that famous Irishman, Sy Ginsberg. It is available at Costco...and it's cheaper than wieners! It's so cheap, I buy three. I cook one and toss the others in the freezer for  feasts at a later date.. 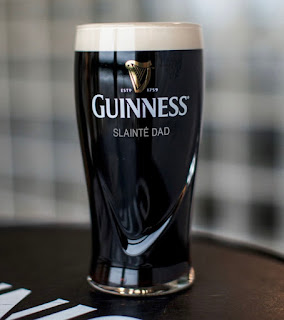 Pairing: You are welcome for this blinding glimpse of the obvious.

Posted by Terry Gruggen at 8:50 AM No comments: