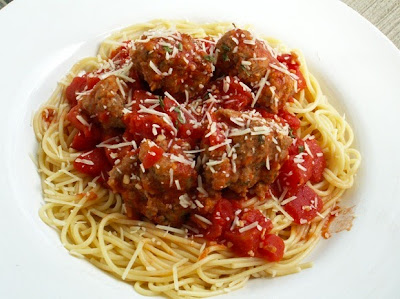 My earliest memories of Cafe di Napoli are courtesy of my grandfather, Frank J. Dunleavy. When I was born, he was a dick. A private dick, that is. He was founder and the sole employee of the Frank J. Dunleavy Detective Agency. His mother, Bridget, was a police officer...a pretty rare job for a young Irish woman in the early 1900's. He followed in her footsteps and became a member of the Minneapolis Police Department early in his career.

While on the police force, he served as body guard to Mayor Hubert Humphrey. He often accompanied Humphrey for lunch at Cafe di Napoli. The iconic restaurant had opened in 1938 on 8th and Hennepin. Frank liked it so much he started  taking me there when I was a little kid. We'd go for lunch, but my grandfather would never order a meal. It was Crown Royal on the rocks for him. I asked him why he never got the spaghetti like me, and he said he "couldn't eat because he was on duty".

At Cafe di Napoli, he used to tell me stories about when he was on the Minneapolis police force. One day he and his partner were on foot patrol in downtown Minneapolis when they got a call about a commotion over on Marquette Avenue. When he and his partner got there, they found a dead horse in the middle of the street. He said neither he nor his partner knew how to spell Marquette, so they dragged the horse over to 1st Avenue to fill out the police report.


As you can tell from the photo, Frank had a girth of some significance. This was attributable to a complete abstinence of any sort of athletic endeavor and a diet which consisted primarily of Crown Royal and butter. While his consumption of Crown Royal was the stuff of legend, not a single morsel of solid food ever crossed his lips unless it had been slathered with butter. My grandfather was probably  the greatest butter cognescenti of all-time...he makes Paula Deen look like an absolute rank amateur. At no time, however, did I personally observe him putting butter in his Crown Royal.

The best part about Cafe di Napoli was their spaghetti and meatballs. My grandfather's good friend and fellow Crown Royal aficionado, Halsey Hall, estimated that the cafe served 2,284 miles of spaghetti each year. I was quite impressed with Halsey Hall, as he, too, never ate while on duty. Between he and Frank, I'll bet the cafe served 2,284 miles of Crown Royal each year.

So here it is, from my childhood to you, the original Cafe di Napoli recipe for their spaghetti sauce and meatballs. The exact same recipe I started marveling at 56 years ago. Cheers, Frank!

BLOGGER's NOTES
There have been numerous people who have questioned the authenticity of this recipe. I received an email from a follower yesterday telling me that she had tried the sauce recipe and it was horrible. So I tried it this morning and I concur. The above recipe is horrible and it is not at all what I remember from Cafe di Napoli. Hence, I have put hash marks through the entire recipe. 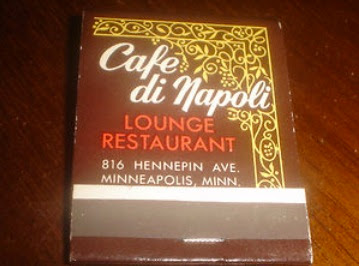 Posted by Terry Gruggen at 9:44 AM