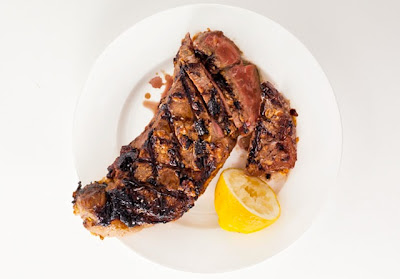 Finally. It's March 30th and for the first time in 2013, all of the snow is off the deck. I now have a clear path to my beloved Weber Performer, which has sat cold, forlorn and untouched since last November. It's time to clear the cobwebs from the bag of charcoal in the garage and grill up some steaks! 'Nuff said. Let's get to it. 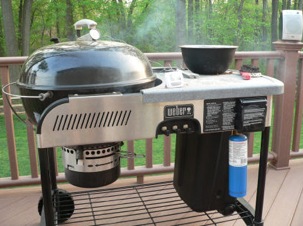 Posted by Terry Gruggen at 8:46 AM No comments: 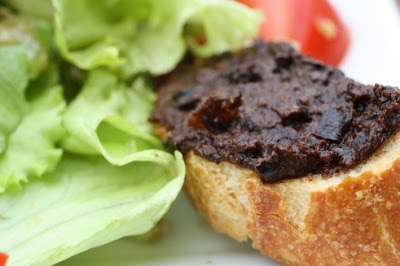 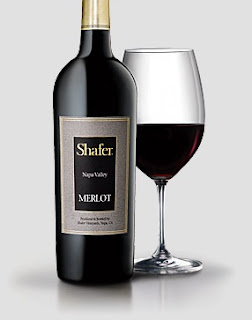 Posted by Terry Gruggen at 10:47 AM No comments: 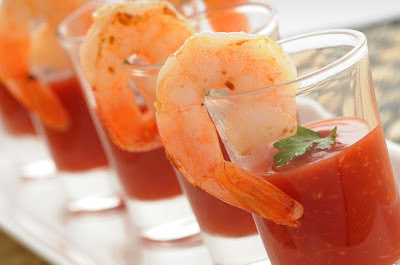 Who doesn't love a spicy, delicious Bloody Mary? And who doesn't love ice cold shrimp dipped in cocktail sauce? What we are going to do here is marry the two to create one spectacular hors d'oeuvre: Bloody Mary Shrimp.

This is really quite simple. First, we are going to boil our shrimp for three minutes in a spicy broth and then stick 'em back in the fridge to chill. Then we are going to make our Bloody Mary Cocktail Sauce, the star of which is...wait for it...Vodka! This Byerly's recipe makes twelve servings.

FOR THE BLOODY MARY COCKTAIL SAUCE 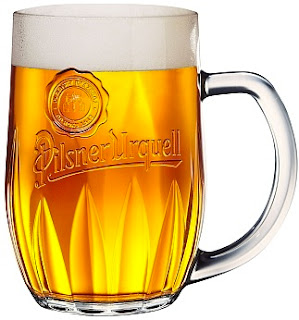 Posted by Terry Gruggen at 11:01 AM No comments: 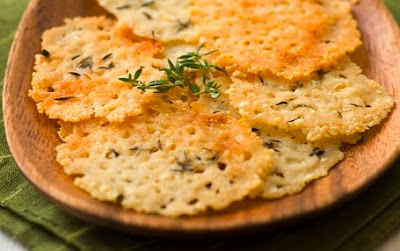 Any time you're at a restaurant and order a Caesar salad, you are likely to find one of these little gems on your plate. They are absolutely delicious and absolutely a breeze to make at home.

The recipe I am going to give you is the base recipe for Parmesan Crisps. You can easily add a teaspoon or two of herbs or spices to the recipe to make it your own. Consider smoked paprika, pepper, curry-coriander, scallion or even lemon zest. 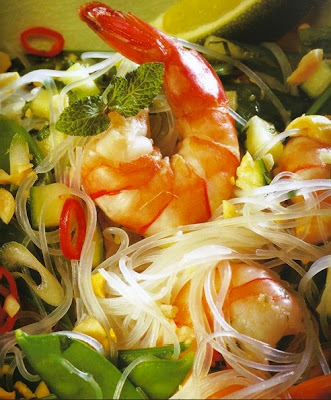 I'm itching for spring, but that awful wench Mother Nature keeps dealing me a smackdown. Temperatures in Minnesota were starting to flirt with the 40's and then we get 10 inches of snow to start off the week. Depressing.

While March 1 is the start of Meteorological Spring, it also marks the start of Culinary Spring for me. I turn my attention from the stews and roasts of winter to lighter fare. And nothing says spring to me like Thai food. Lime juice and cilantro and mint...now we're talking spring.

This spectacular salad was created by Christine Hanna. She is a food writer, cooking teacher and president of Hanna Winery. I have modified her recipe to serve four adults. 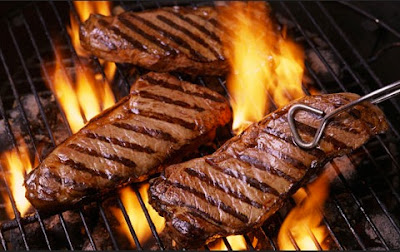 I hate meat thermometers. It makes no sense to me to puncture a beautiful steak while it is cooking and let the juices run out. A meat thermometer is the tool preferred by frigtard recipe writers. The minute I see a recipe that says cook steak until meat thermometer registers 125º, I know the recipe was written by an idiot and chances are the writer has never prepared the recipe at all. Any doofus can tell you what temperature to cook a steak to. An accomplished cook will give you the precise time of cooking.

When I see instructions in the recipe that are given by cooking time, I know the author has actually prepared the dish they are writing about. It also allows the reader to exactly replicate what the author did. Because now you can use a clock, timer or stopwatch to precisely execute the recipe.

Every time I cook, I map out the steps by time. That way I can make sure that all of the individual pieces will come together at precisely the right time to be presented as a complete meal. And one of the trickiest things to cook by time is steak. If steaks were uniform, it would be a breeze. But they are not. Every time the thickness of the steak changes by one-quarter inch or more, it changes the cooking time.

I've been grilling for a long time and am pretty good at eyeballing when a steak is close to being done. But I am not perfect, so that's why I prefer to cook by time. Cooking by time gives me perfect results every single grilling session. And if you are cooking for a crowd, where some want it rare and others well done, you need the clock.

Perhaps the best guide to cooking steaks that I have found comes from Omaha Steaks. Their chart is broken down into two sections: one for grilling and one for broiling. If you can read and are able to use a ruler to measure the thickness of a steak, you can now make perfect steaks every single time. My sincere thanks to Omaha Steaks for this wonderful guide (click on the chart to see it full size): 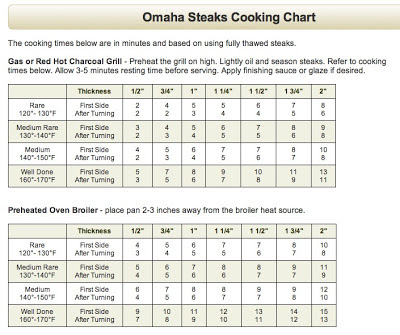 Posted by Terry Gruggen at 3:46 PM No comments: 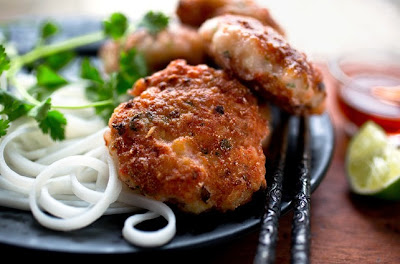 Making crab cakes is an art form. Getting the ingredients to bind together in perfect harmony requires one part chemistry, one part luck and one part witchcraft. The recipe I am going to share with you today is the absolute opposite....a sort of "shellfish cakes for dummies".

It's not that recipe is dumb, it's the fact that it's foolproof that makes it perfect for beginner to expert cooks alike. The key is that you are going to make the cakes by creating a paste in your food processor. And by doing so, all of the alchemy required for crab cakes is removed from the equation. You just hand-form the paste into small patties and fry them up.

And while ease of making these shrimp cakes may appear to be their crowning achievement, I would beg to differ. The bright and vivid flavors of Vietnam take center stage here. Lemon grass, garlic, jalapeño, scallions, lime, sugar, cilantro and fish sauce all join forces to bring a veritable Vietnamese symphony to your palate.

This recipe was created by Melissa Clark and appeared in the New York Times this week. Their "Dining" section that appears each Wednesday is worth the price of the subscription alone. This recipe serves four. Don't let the ingredient list scare you: jump down to "Directions" and look at how easy it is to make. 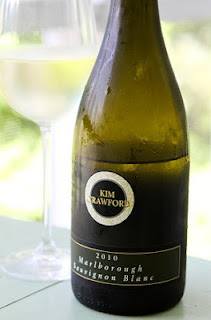