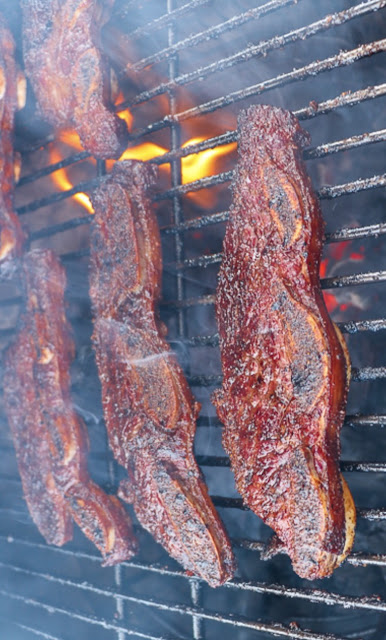 Korean BBQ short ribs are a favorite of ours....a dish Becky and I eat almost weekly. So I was absolutely delighted when I stumbled across this recipe for their Vietnamese counterpart. I made this on Tuesday night and served it up with a little basmati rice....it was awesome. 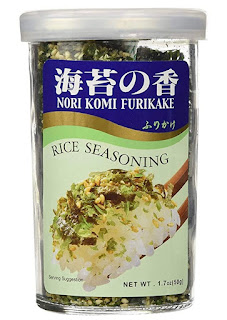 Speaking of rice, I made a discovery about a year ago that takes rice to a whole new level. It's a Chinese product called Nori Komi Furikake. It's a rice seasoning that adds exceptional flavor and umami to rice served with any Asian food. It costs about $5 and you can get it from Amazon.com. 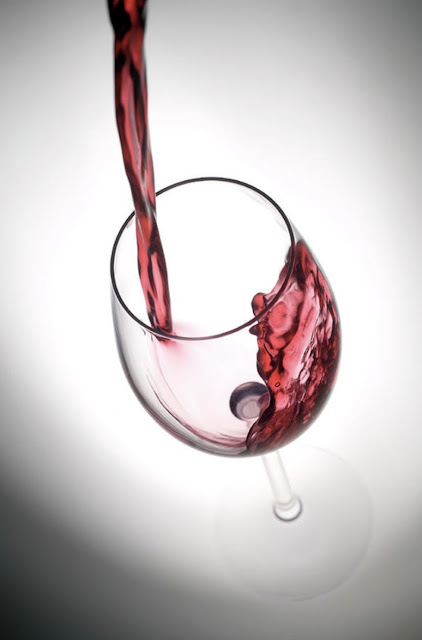 Posted by Terry Gruggen at 9:24 AM No comments: 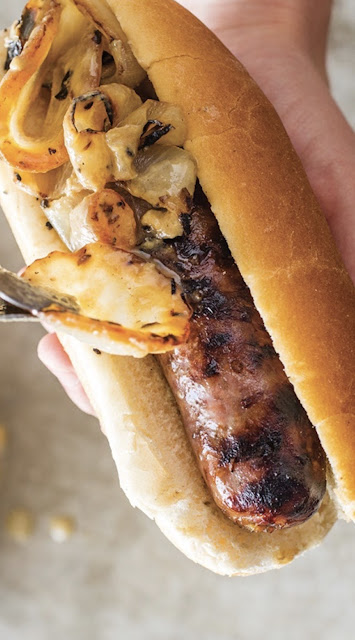 I spent my entire career working at advertising agencies. Six months at Campbell Mithun, eight-plus years at Chuck Ruhr Advertising, another eight-plus at Bozell Worldwide and then another sixteen-plus at my own. I absolutely loved every job and every agency I worked for. Having been retired for ten years now, I look back at every mad men moment with great fondness.

My interest in cooking started in the 80's. Because of the frenetic nature of the ad biz, weeknight dinners were always a grab and go. But every Sunday, I would find a new recipe and spend most of the day making it. I found it very relaxing.

In the early 90's I was at Bozell in Minneapolis. As a Christmas gift for our employees and clients, we decided to create a cookbook comprised of our clients' and employees' favorite recipes. It was a very cool idea and it was then made special by having our employees hand paint each individual book cover.

One of the recipes was by a fellow worker, Eric Forslin (RIP). He had a recipe that forever changed how I cooked brats. Until then, I used to just grill them up like hot dogs. Eric's recipe called for poaching the brats in a soup of beer, onions and rosemary.....and then finishing them off on the grill. I loved it and that is how I've been making brats for 30 years. Until 2 weeks ago.

When you are retired, you have a lot of time on your hands. When you are retired during a pandemic, you have even more time on your hands. So many afternoons I fall down that dark, rabbit hole known as YouTube. Cooking videos are my weakness. Two weeks ago I was watching the cooking of some old school grillers...they call themselves the BBQ Pit Guys. 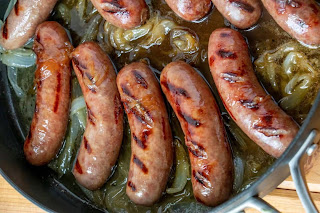 One of their videos I pulled up was on cooking brats. And their methodology was the exact opposite of Eric's. First they smoked the brats for 45 minutes and then braised them in beer and onions for another 30 minutes. I didn't see how that method would make a big difference...but I'm here to tell you it was a quantum leap in the flavor department.

It produced the juiciest, beer-forward brats I have ever tasted. I'm not sure how the chemistry works, but each brat was deliciously infused with beer. You could taste big beer flavor in every bite.

I did some more reading and discovered that cooking brats low and slow is the preferred method of preparation. According to my reading, when the temperature of the skin and brat innards are raised slowly at the same time, there is a pronounced impact on the flavor. And when the brats are cooked that way in a smoke-rich environment, the flavor gods just made you "King of the World". 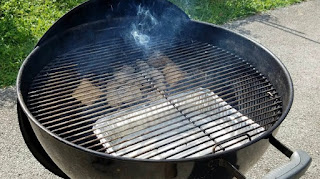 If you have a smoker, your job is easy. If you don't have a smoker, it's easy to set up a charcoal or gas grill for smoking. You just need to create a two-zone fire. Coals get stacked on one side of the grill and a pan of hot water on the other side. Throw a big chunk of mesquite on the coals, set the brats on the opposite side, then cover. The water will keep the brats moist and reduce the impact of the heat. Keep the vents cranked down so you maintain a temperature of 225º.

*30 minutes is just the minimum amount of time. Your brats can be held in the beer for hours. So if you want, you can prepare your brats well in advance of your guests arriving and then just serve them whenever you want. 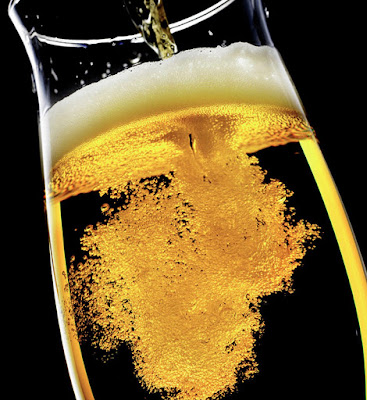 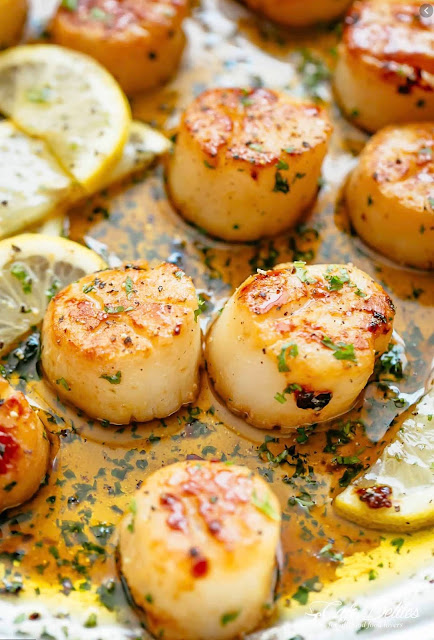 I love sea scallops. And I've got a lot of ways to prepare them. Pan-searing is the one I use the most. The scallops will cook in about 3 minutes using that method, but if you goof by just a little, those delicate sea scallops will become firm and rubbery.....almost like trying to eat a car tire. But last week I learned an all-new method of cooking scallops that is absolutely foolproof. But first a word on how to buy sea scallops. 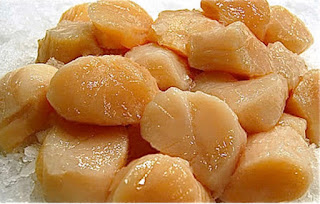 Fresh scallops look like the photo above. Note that they are dry, which is precisely why they are referred to as "dry scallops". If you set them on a paper towel, they give off next-to-no liquid. When you cook them up, they are sweet. They taste like the ocean. These are the scallops you want to buy. But they are expensive because they have a very limited shelf life. I paid $29.99 a pound for them last week. 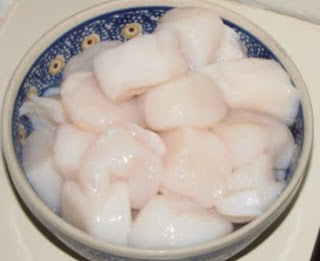 The scallops in the above photo are not fresh. They have been previously frozen. They are referred to as "wet scallops" and when you see them in the store they are often sitting in a white, creamy liquid. They have been treated with a preservative and whitening agent called sodium tripolyphosphate (STP). If you put them on a paper towel, they will give off a ton of liquid. STP increases the water retained by the scallop, often by as much as 30%. So frozen scallops end up being a poor value, compared to fresh, as you are paying for a lot of water.

Sodium tripolyphosphate gives the scallop an unpleasant chemical flavor. It's impossible to get rid of that taste. Your only choice is to mask it by pre-soaking the scallops in a mix of water, lemon juice and salt. If you care about putting the best tasting and healthiest scallops in your mouth, buy only fresh. There is a world of difference and it will take you but a single bite to discover it.

Smoking sea scallops could not be easier. You simply build a two-zone fire in your grill (direct and indirect). Then you throw a chunk of mesquite  on the coals and set the scallops on the indirect side of the grill. Cover the grill and in just 20 minutes, your scallops are ready for eating...but will taste even better if you douse them with some melted butter. This recipe serves two. 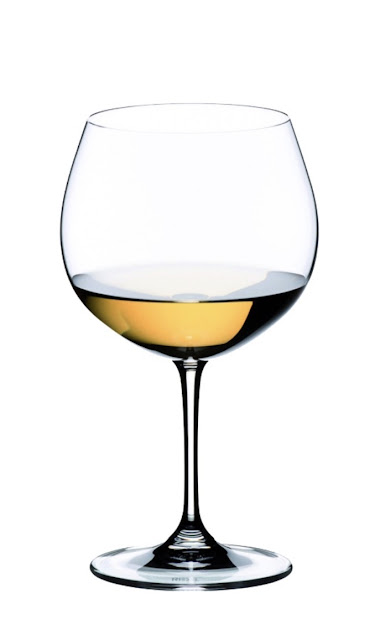