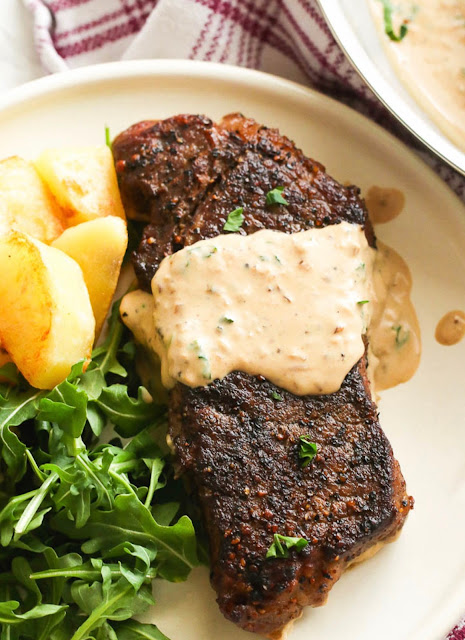 My affinity for fine dining started at an early age, thanks to my private dick grandfather, Frank J. Dunleavy. And the center of the universe for my fine dining affinity at the ripe old age of 5 was Charlie's Cafe Exceptionale. Charlie's was my grandfather's favorite restaurant. Wait, I take that back.....his favorite bar. 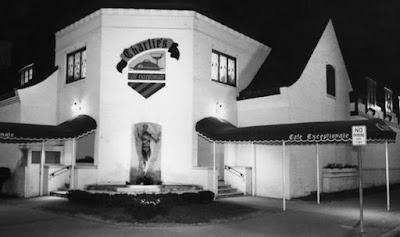 He would bring me there for lunch, where I would be served a hamburger in the kitchen and he would be served a Crown Royal on the rocks....or two....or three. Then he would drive me back home to Edina. I have come to realize that safety was never foremost on his mind.

He may have been a little inebriated, but back then the police did not write up former policemen for a modest amount of swerving down the road. And his Ford Galaxy 500 had no seatbelts for him to belt us in, which made it a lot easier for me to reach the loaded .32 revolver he kept in his unlocked glove box.

I miss Charlie's. It opened in 1933 and was a Minneapolis icon for nearly 50 years. It sat at 701 4th Avenue in Minneapolis. It was torn down in 1982 and where once was Charlie's Cafe Exceptionale, now sits an anonymous blue skyscraper void of any character which the owners named, in a stroke of creative genius, 701 4th Avenue.

Once I reached legal drinking age in 1973, I began to frequent Charlie's (no easy task on my $2.75 per hour wage from selling skis and boots at Hoigaard's). I'd take my dates there to show them my appreciation for fine dining....the food and atmosphere were like nothing else in Minneapolis. An old school, white tablecloth experience the likes of what would eventually disappear. But what was really cool to me was that they had two dishes that the waiter would prepare table side. Caesar salad and Steak au Poivre.

While it was fascinating to watch the Caesar salad come together on the waiter's cart (it cost just $5.00 for 2 salads), nothing beat the spectacle of the Steak au Poivre. For the finishing flourish, the waiter would light the brandy on fire and the steak would be surrounded by bright blue flames that extinguished themselves just as you were served. So in the spirit of Charlie's, here is Cook's Illustrated Steak au Poivre, sans the fiery finish. You can thank Frank for the lessons he taught me in safety awareness. 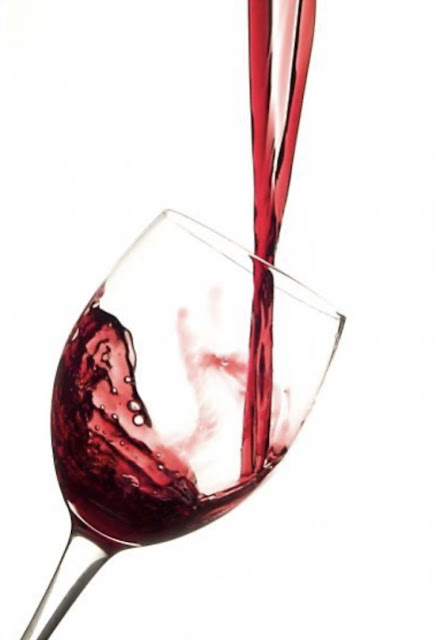 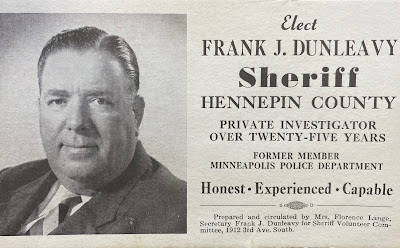 Posted by Terry Gruggen at 9:40 AM No comments: 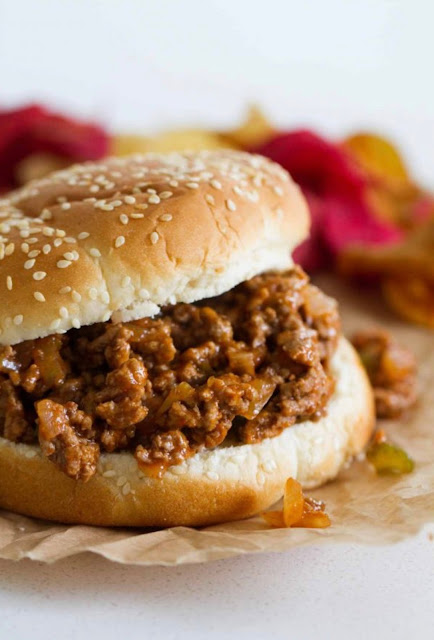 This recipe originally appeared in The New York Times. The intention of Mathew Hyland's recipe is to make a gargantuan sandwich on a massive roll (Portuguese-style or big Hero rolls) and slice it up for a crowd. If you are cooking for a crowd, that is the way to go. But if you have a limited audience, you can go the traditional route as pictured above. I prefer the tarted-up original, shown below. 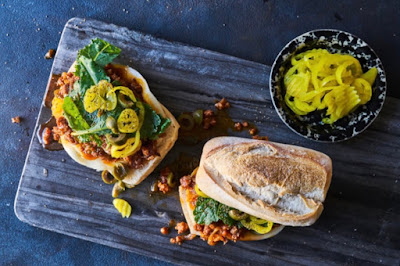 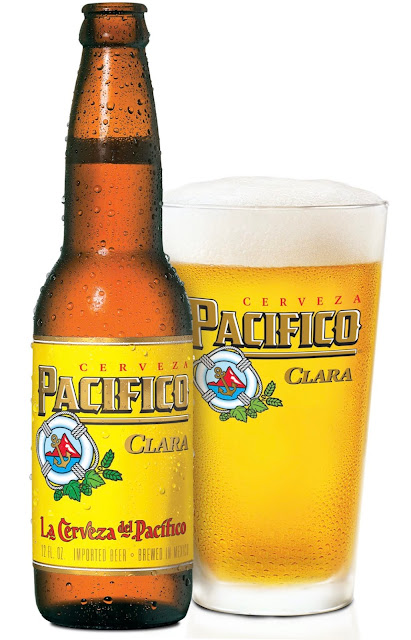 Posted by Terry Gruggen at 11:49 AM No comments:

Pasta with Sausage, Mustard and Basil 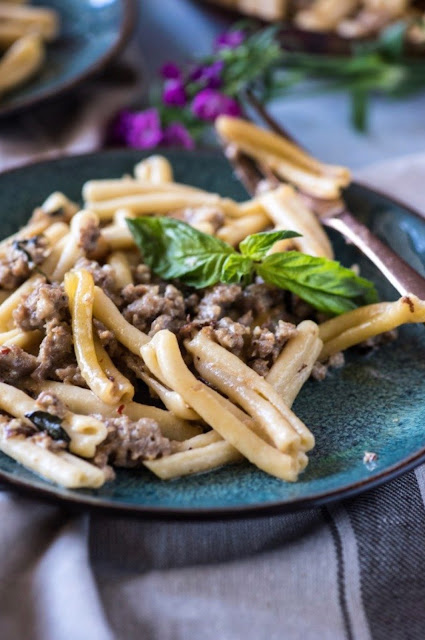 Nigel Slater is a British food writer and the creator of this recipe that just knocked it out of the park for me. What's not to love:? Pasta, hot Italian sausage, white wine, heavy cream, stone ground mustard, red pepper flakes and fresh basil.

And while the recipe calls for casarecce, feel free to choose any short pasta that suits your fancy: penne, ziti, rigatoni or even shells. It's the sum of the parts that make this dish and the shape of your pasta will matter not. 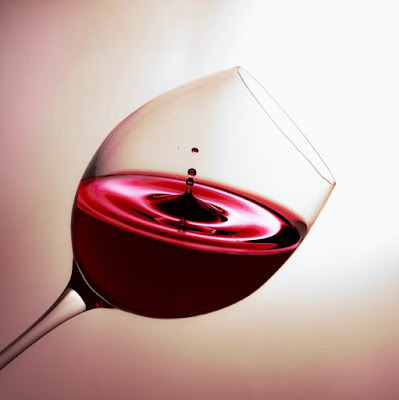 Posted by Terry Gruggen at 9:37 AM No comments: 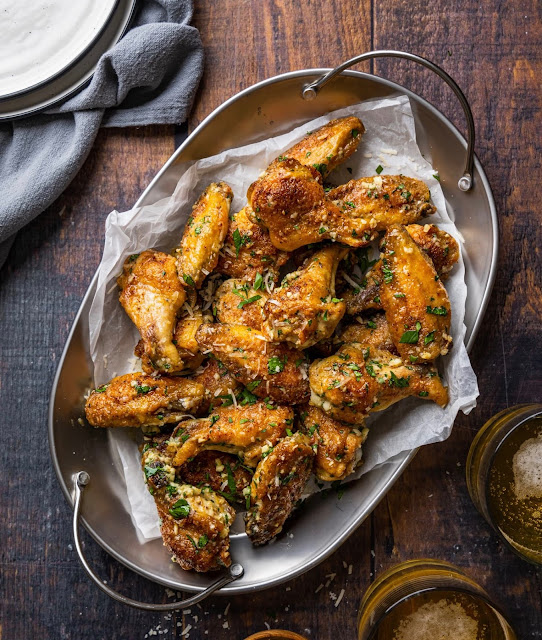 This Kelli Foster recipe is a standout in it's simplicity and the incredible flavor she bestows upon this Super Bowl staple. Leave your sauces in the pantry. This is the real deal. 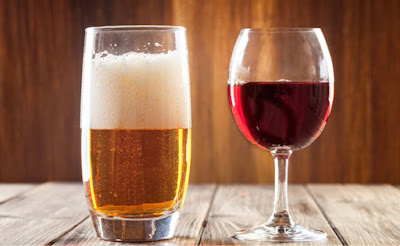 Pairing: Pick your Super Bowl favorite...a Pilsner or a Merlot.

Posted by Terry Gruggen at 7:44 AM No comments: