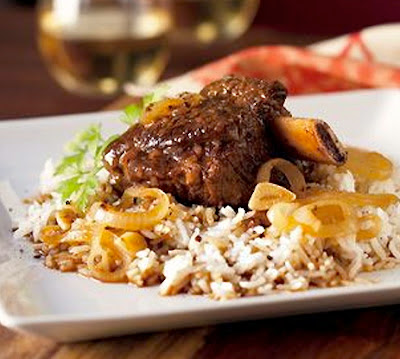 There are days where I like nothing better than laboring for hours in the kitchen to put together a new and exciting meal. There are also days that I don't want to spend a lot of time cooking...and this recipe fits that bill to a "T". We're talking 10 minutes of browning and then toss everything into a slow cooker and walk away. If you are feeling exceptionally lazy, you can even skip the browning part.

This is a really easy dish with great Asian flavors. The meat melts on the bone during the eight hours it braises in the slow cooker. Once you've turned your slow cooker on, the only other things required to complete the meal are white rice and a full glass of wine. If you want the meal to be completely Paleo, skip the rice and serve the short ribs with a side of of Asian Cole Slaw: http://terrygruggen.blogspot.com/2011/05/asian-cole-slaw.html. This recipe serves four. 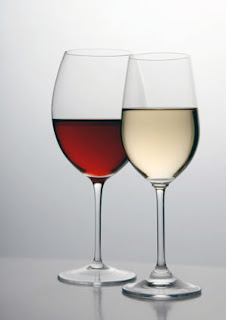 Posted by Terry Gruggen at 12:32 PM No comments: 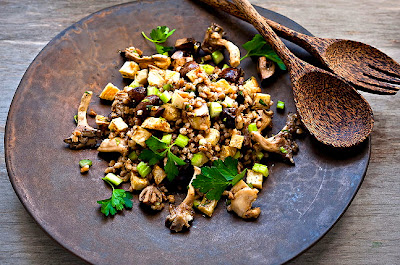 I was born when Harry Truman was POTUS. Dinners were old school back then. When "Give 'Em Hell Harry" sat down for dinner each night in the White House, his dinner always had three distinct parts. Meat. Vegetable. Starch. Being a product of that era, that's a formula I bought into.

But if you visit some of the trendiest and most popular restaurants these days, they have a whole new spin on that formula. The protein is still there, but the side dish is typically a fusion of vegetables and starch. But the "starch" these days is a highly nutritious and healthy whole grain of some sorts.

It's taken me a bit to catch on, but catch on I have. A couple of fine examples are the quinoa based salads I've posted in the last several months: Quinoa, Red Pepper and Cucumber Salad (http://terrygruggen.blogspot.com/2012/07/quinoa-red-pepper-and-cucumber-salad.html) and Quinoa Salad with Asparagus, Goat Cheese and Black Olives (http://terrygruggen.blogspot.com/2012/06/quinoa-salad-with-asparagus-goat-cheese.html).

The recipe I am going to share with you today is by Melissa Clark. I cut it out of The New York Times last spring and just got around to it now. This is an intensely flavored dish. It rates high on the umami chart thanks to toasted barley and roasted mushrooms. And it meets our criteria of a fusion whole grain/vegetable/fungi dish that is very healthy and good for you.

Because of the intense flavors, it needs strong companion on the protein side. I would recommend  serving this incredible salad with slices of a pan-seared or grilled New York Strip steak. Please note that if you toast the barley in advance, the time needed to prepare the salad is less than an hour (and most of that time is waiting for stuff to boil or roast). The recipe serves four as a side dish. 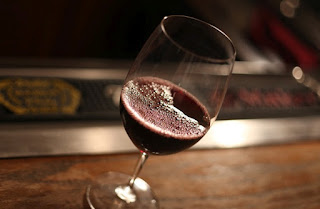 Posted by Terry Gruggen at 12:38 PM No comments: 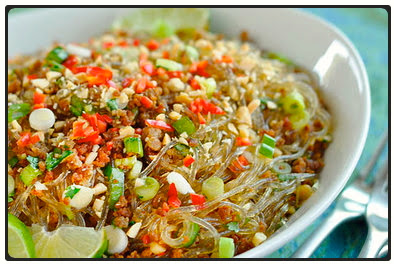 This is a quick, healthy meal I found on thekitchn.com. The Thai name of the recipe is  "Yum Woon Sen". While their recipe called for this as a side dish, I have beefed up the ingredient list to make it an entree for four adults.

This dish has all of the great tastes of Thai cuisine. The dressing is the epitome of Thai simplicity: lime juice, fish sauce, soy sauce, Sriracha sauce and sugar. The glass noodles, also known as cellophane noodles, bean threads or saifun, are incredibly soft and chewy...a terrific contrast to the crispness of the pork and vegetables.

This dish can be served warm or chilled. If you prefer the latter, refrigerate everything for 15 minutes before adding the dressing...which makes it a perfect meal for a hot summer night!

Posted by Terry Gruggen at 9:58 AM No comments:

Every day in July, we had a high temperature above 80º. We had a bucketload of days that were above 100º. Even with the air conditioning on, it became a challenge to keep the house cool. The last thing I'm going to do is fire up an oven to roast a chicken and raise the temperature in the house. So July of 2012 saw a record number of days in which I cooked our meals on our Weber Performer.

So during July of 2012, my family was missing the taste of roast chicken. So, by necessity, I searched out a way to cook a whole chicken on a grill in less than 60 minutes. Thanks to Cook's Illustrated, the answer was quite simple...Butterflied Chicken. You simply cut the backbone out of the chicken and flatten the bird. Check this out:
http://www.finecooking.com/videos/butterfly-chicken.aspx

Once you've flattened the bird, it cooks directly over the coals in just 30 minutes...15 minutes per side. But because we are cooking over direct heat, the bird will dry out if cooked au naturel. That's easy to remedy...brining the bird for 2 to 4 hours prior to grilling solves that problem.  This is a fast and easy way to cook a whole chicken in less than an hour and it serves four. 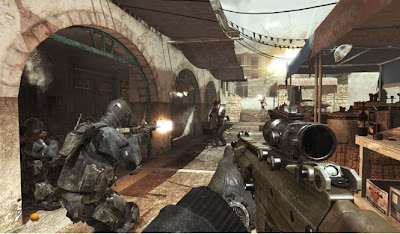 Here are me and my peeps taking out the enemy.
Posted by Terry Gruggen at 11:51 AM No comments: