John Palmer Parker was a 19-year old Massachusetts sailor who decided to jump ship to visit Hawaii in 1809. He fell in love with the island and tended fishponds for King Kamehameha until he set sail again to take part in the War of 1812.

When he returned from the war, he started Parker Ranch, which at the time, was the only ranch dedicated to raising cattle. He quickly grew into a man of influence and wealth.  Beef quickly became the main export of Hawaii...replacing sandalwood.

In 1816, he married Chiefess Kipikane, the granddaughter of the King. They were awarded 2 acres on the slopes of Mauna Kea and they built the famous homestead "Mana Hale". Parker and his wife had 3 children and began the Parker dynasty that would play a prominent role in the next two centuries of Hawaiian history. And John Palmer Parker loved him some rib eye :-) 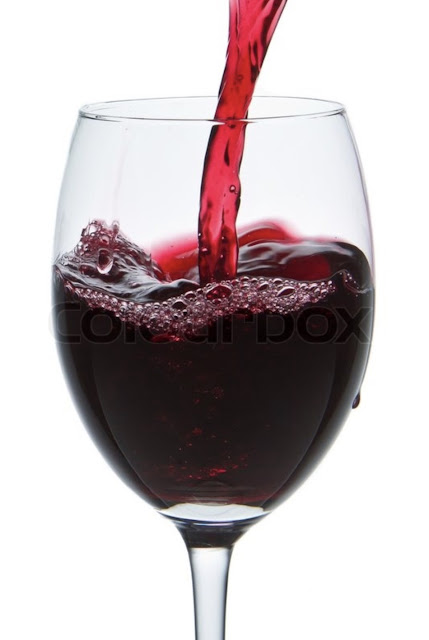 Posted by Terry Gruggen at 10:41 AM No comments: 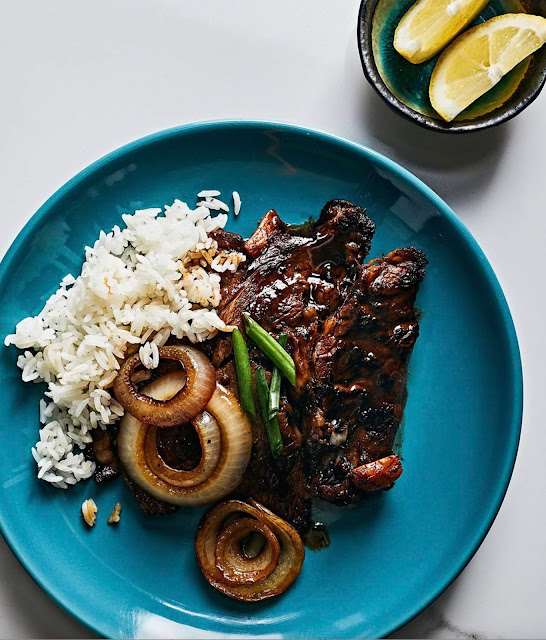 Rib eye. My very favorite steak of all time. It's beloved over the entire world and every culture puts a different spin on it. In the Philippines, they marinate it in lemon juice, soy sauce, brown sugar and garlic.....and then it gets a quick spin over hot charcoal. 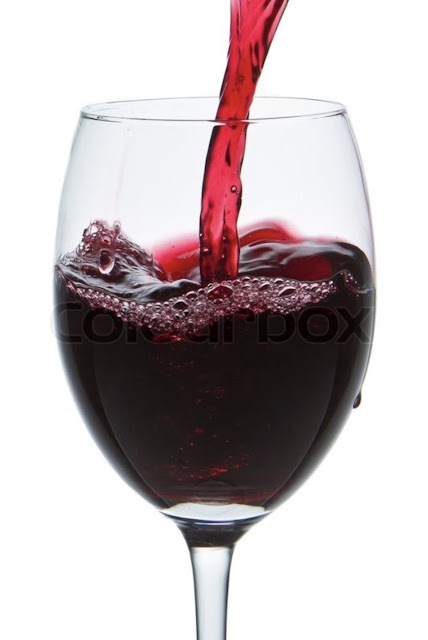 Posted by Terry Gruggen at 10:48 AM No comments:

Flank steak. One of the tastiest cuts of beef. And one of the cheapest. Incredibly versatile. And it cooks over charcoal in less than 10 minutes. What's not to love about it? Here's an open-face sandwich made with flank steak that is perfect for Father's Day. It's that special. 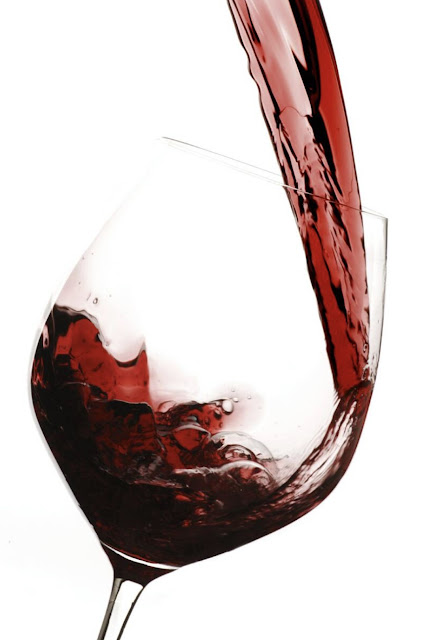 Posted by Terry Gruggen at 9:05 AM No comments: 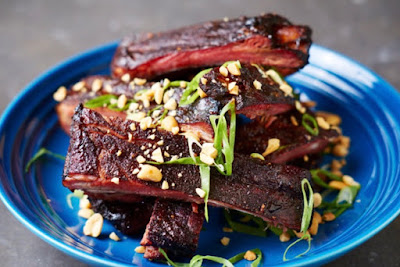 When it comes to pork ribs, I always lean toward spare ribs. They are much bigger and meatier than baby backs and hold the moisture much better after a multi-hour, low and slow cook. You need low and slow if you want that incredibly tender, "fall-off-the bone" result.

Speaking of the low and slow formula, "low" is the harder part of the equation. You want to cook the ribs at a temperature range of 225º to 250º and no more. If you have a smoker or gas grill, that is easy to achieve. If you have a charcoal grill, the job becomes a little harder. You'll need to use briquettes, as lump charcoal burns too hot for low and slow. You'll also need a grill thermometer and some serious vent management. If all that seems too much, I'll point out that your oven works perfectly for maintaining that temperature range. Just put the ribs on a baking sheet with a wire rack and pop them in the oven. 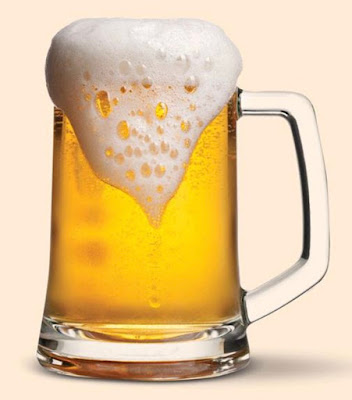 Pairing: If you are a wine drinker...Zinfandel.
But if I were making these ribs on a hot summer day like today,
I'd much rather drink an ice-cold Korean QB Pilsner from a well-chilled mug! 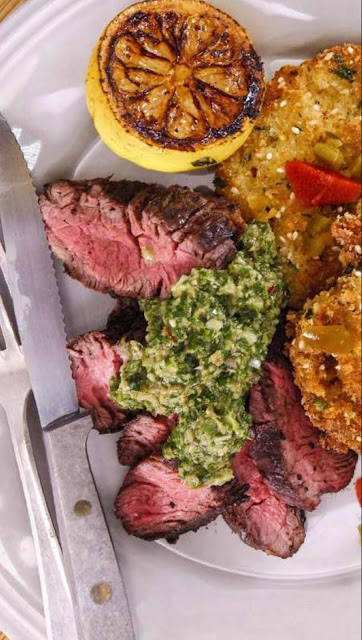 Cooking steak is a breeze. Making this incredible salsa to go with your steak is even easier. Toss all of the salsa ingredients in a food processor and pulse for a few seconds. Serve it over the steak along with some fresh sliced tomatoes. 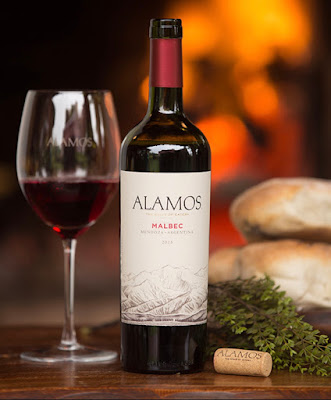