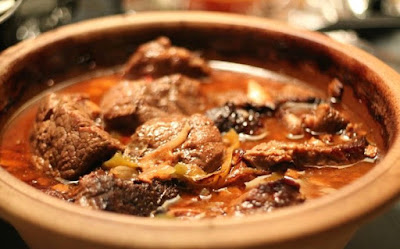 When I first looked at this recipe, I was very skeptical as it seemed to be violating two major things normally associated with making a beef stew. First, the recipe did not call for searing the beef. In fact, there is no pre-cooking required at all. This is basically a "dump it all in the pot and walk away" recipe.

While I was concerned about not searing, that was totally unfounded. The flavors were so warm and bright...I was astounded. And that was surprising because the second rule it violated for making stew was to eschew use of beef or chicken stock. Yep. You read that right. The only liquid in the recipe was white wine. In my case, chardonnay. 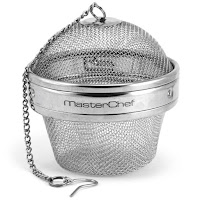 The key to this stew was the blend of spices. Smashed garlic. Allspice berries.  Bay leaves. Peppercorns. While the recipe called for tying them up in cheesecloth, I prefer to use a Spiceball (pictured above). You just throw all of the spices in there and sink it into your pot. Afterwards, you can just rinse it and toss it in the dishwasher.

While this delicious Cook's Illustrated recipe is pure Paleo, we could not eat stew without some bread to dip in our bowls. A warm loaf of artisan bread (rosemary and olive oil) fit that bill. I really encourage you to try this ever-so-simple stew. It is so different from anything else. One always thinks of stews as so hearty and heavy. This one is at the other end of the spectrum...still hearty...but light and vibrant on the tongue.

Wine pairing: If you are a fan of Malbec and Brunello di Montalcino, I would suggest that you pair this stew with a nice bottle of Portuguese Douro. If you don't have access to Portuguese wines, try a domestic Petite Sirah. 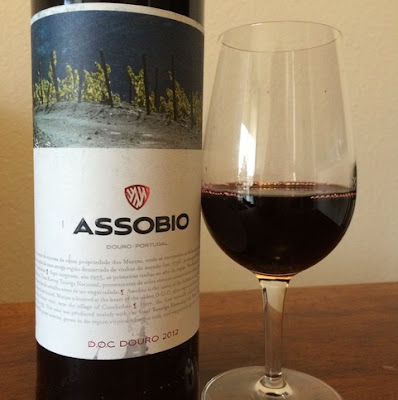 Posted by Terry Gruggen at 9:28 AM