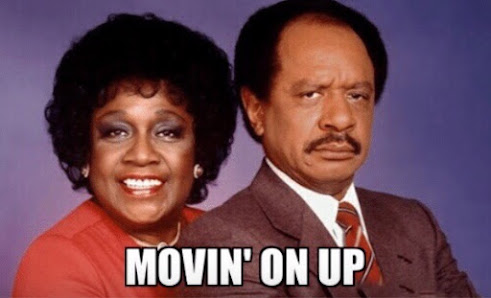 Every year, they come out with a new list: "Best Charcoal Grills of the Year!". And year-in and year-out, the Weber Kettle is always at the top of the list. Deservedly so. It is an awesome charcoal grill. Earlier this year, I got an email that had a list of "The Best Charcoal Grills of 2022". No surprise, the Weber Kettle was at the top. But second on the list was a grill I had never heard of....the PK 360. They praised it to high heaven but relegated it to second choice because it was so much more expensive than the Weber (Weber Kettles start at $119 while the PK 360 is $999). But the review had an interesting line in it: "The PK 360 is the only charcoal grill that is a true upgrade from the Weber Kettle". Wow.
I've been cooking on Weber Performers since 2008. I love the grill, but over time it deteriorates, requiring replacement of the parts to keep it running. Of particular concern is the 3-blade mechanism that is part of the "One Touch" cleaning system. It is made of a very soft metal that is susceptible to warping...especially if you are cooking with lump charcoal. Once a blade warps or bends, you can neither use the "One Touch" to clean the grill nor seal the bottom vent.
So to clean the kettle, you have to remove both sets of grates and manually sweep the ashes into the slots. Royal pain. And if that wasn't bad enough, you can't close the bottom vent after a cook. So instead of being able to re-use a lot of the charcoal for your next cook, it all burns up because the air vent is open. 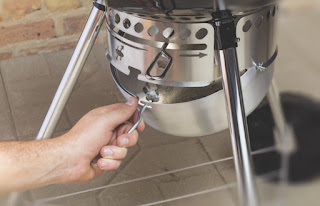 But my most hated task is removing the ash catcher from the kettle. You can only do this if you are on your hands and knees. Hands and knees are a breeze when you're 6 months old....but not so much when you're pushing 70. Once you have removed and emptied the ash catcher, good f*cking luck getting it back on. Again, you are on your hands and knees and have to align 2 pins, which never align, while squeezing the handle. It is my most dreaded moment of cleaning and I'm happy to inform you that I will never be doing it again. Good riddance, oh nastiest of chores. I'm movin' on up.
After I explained my dilemmas...my PK 360 dreams...and the fact it is the grill of choice for all the top competitors in the Steak Cook-off Association to my wife, she agreed to buy it for me an early birthday present (thank you, Becky). It arrived last week and I assembled it yesterday. I am completely devoid of any mechanical skills, but it was a breeze to put together...only taking about 20 minutes. What a magnificent piece of equipment! The grill is manufactured in Little Rock, Arkansas.....which also happens to be where our new puppy hails from. The first PK was manufactured in 1952, which means PK and Grogs are both celebrating their 70th this year.

The grill is made of cast aluminum (as in it will never rust). It operates like a clam shell and the marine-grade stainless grates offer 360 square inches of cooking area. There are four adjustable vents and all can be reached while standing, thanks to the thoughtful engineering that went into the bottom of the grill. 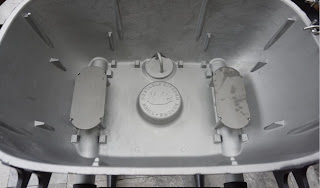 The two oblong metal pieces in the bottom of the grill are ash roofs. The bottom vents are controlled by two dials on the front of the grill and the ash roofs prevent ash from blocking the vents. You just lift them out when you want to clean the grill. But see that round disk in the back with the little handle on it? That, my friends, is called an ash plug and it keeps the ash hole covered until you are going to clean it. The best part of cleaning the PK 360 is that you get to do it standing up...because you have an ash hole! You simply grab a brush, remove the ash plug and sweep the ashes down the ash hole. You hang a bucket under the ash hole and it just takes seconds to clean the grill. 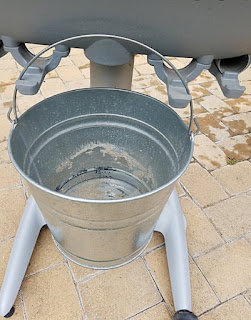 So my new PK 360 got it's first cook last night. A couple of things stood out to me. First, the grilling surface is about 2" higher than the Weber, which makes it easier to work on. And the PK has four vents compared to the Weber's two. With all four vents open on the PK, the fire registered 167º hotter than it ever did on the Weber....so I was able to cut down on the sear time for my rib eyes. When I moved the steaks to the indirect side for their 5 minute finish, I closed the bottom vent under the meat and closed to top vent over the hot charcoal. I was using oak chunks for flavor and manipulating the vents in that manner really infused the meat with a big smoke flavor. 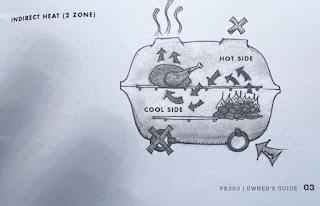 I am absolutely thrilled with this new grill. I'm sure the Weber will continue to reign as the best charcoal grill...it does a great job and represents a terrific value. But I really like this second place grill. More control with 4 vents. Easier to clean....while standing! Because I was able to shut down the vents right after cooking, I will be able to re-use the charcoal for my next cook...my guess is that about 70% of the charcoal can be used again. Because it does burn so efficiently, the people in the user forums say they can get by with a half dozen cooking sessions without cleaning the ash out of the grill. So, yep.....movin' on up!
Posted by Terry Gruggen at 10:00 AM