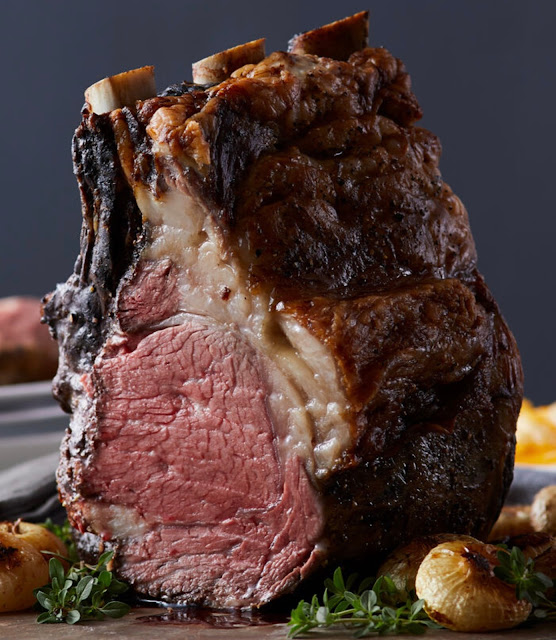 Anne Seranne was born in Ontario in 1913. She moved to the United States in 1936.  She became famous for two things: dogs and food. She was a very serious breeder of Yorkshire terrier show dogs. And she was a serious lover of all things having to do with food. She earned her living as a food consultant and eventually became the editor of Gourmet Magazine.

But she is little remembered these days, for she was a one-hit wonder in the vein of Billy Ray Cyrus and his song "Achy Breaky Heart". But, oh, what a hit she had. She single-handedly created the greatest recipe for medium rare prime rib. Published in the New York Times in 1966, it was revolutionary. It was beyond simple. And absolutely foolproof.

Her recipe called for blasting the bone-in roast at 500º for a brief period and then turning off the oven...leaving the beef undisturbed for 2 hours. Unbelievably perfect medium rare, every single time. Plus you can carve the roast the minute you take it out of the oven because it has already been resting for 2 hours.

For the recipe to work, your prime rib roast must be bone-in. You can cook it with the bones intact or do what I do... I have the butcher cut the bones and then tie them back to the roast. That way, I can just make a couple of snips of the butcher's twine and carve the roast up....reserving the ribs for a later snack that only I will get to enjoy.

Wine Pairing: It's Christmas, so splurge on an Amarone. 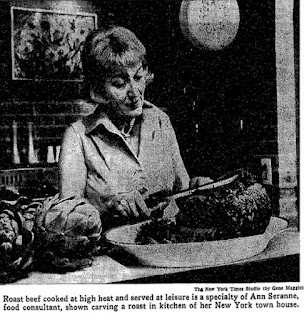