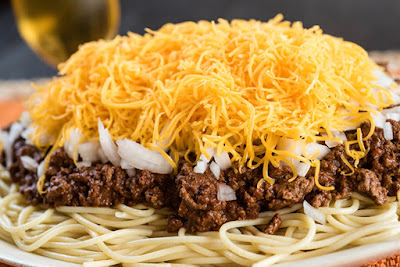 Back in the late 80's and early 90's, I handled the advertising account for Valvoline. Their headquarters was in one of the most beautiful towns I have ever visited: Lexington, Kentucky. But in order to get to Lexington, you had to fly through Cincinnati. Since the little commuter planes that flew into Lexington were kind of few and far between, I was forced to spend a lot of time in the Cincinnati airport.

It's in the Cincinnati airport that I discovered one of the quirkiest regional mash-ups in cuisine. Their regional specialty was Cincinnati Chili....a mix of chili and buttered spaghetti noodles. I always ordered what was called 4-Way Cincinnati Chili: spaghetti, chili, onions and cheese. They had a 5-Way, but not being a bean fan, I never ordered it.

The chili is not really a Tex-Mex type of chili. Rather it has a distinct flavor and bit of sweetness to it, thanks in part to brown sugar and cinnamon. But it is incredibly delicious and once you have it, I can guarantee that you will be making this dish at least a couple of times per month. 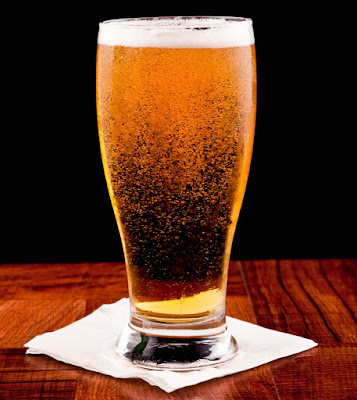 Pairing: If you insist on drinking red wine with this, I would recommend a Malbec from Argentina. But when it comes to chili, an ice cold beer is a match made in heaven. Make mine a Pacifico.