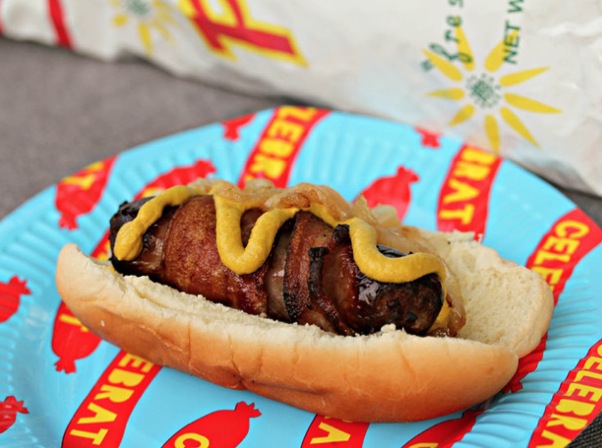 "To gild refined gold, to paint the lily, to throw a perfume on the violet,
to smooth the ice, or add another hue unto the rainbow,
or with taper-light to seek the beauteous eye of heaven to garnish,
is wasteful and ridiculous excess."

Last week I shared with you my discovery and fascination with Crispin Hard Cider. Last week's recipe used that marvelous hard cider as a marinade. This week we are going to use hard cider and bacon to create a brat that can only be described as wretched excess.

Followers of my blog know that my typical way to prepare brats is to boil them first in beer and then finish them off on the grill. This methodology has several benefits. First, it assures you that the brat is fully cooked. Second, it imparts the wonderful flavor of beer to the sausage. And finally, the excess fat is boiled away before you put the brat on the grill, eliminating flare-ups and burned brats. 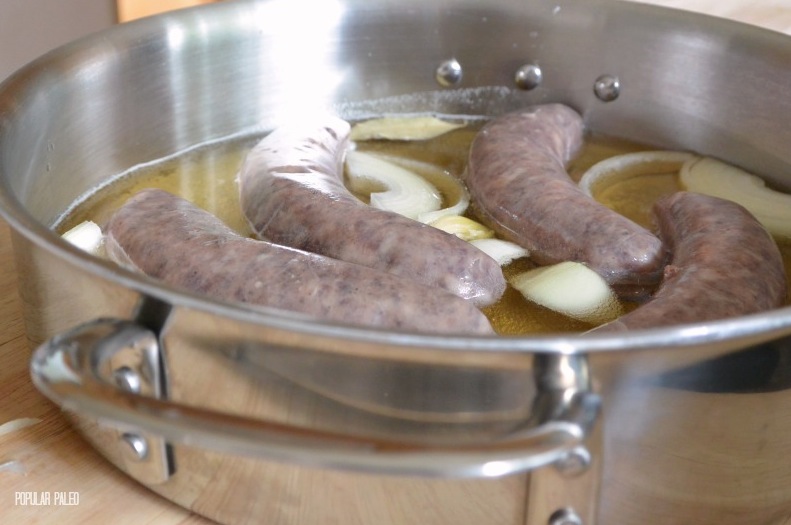 The methodology will be the same here. But instead  of boiling them in beer, we are going to cook them in Crispin Hard Cider. Now I'm partial to the English Dry version of the cider, but you can feel free to use whatever flavor of hard cider you like. Once the brat is cooked, you will wrap each one with a strip of bacon and cook on the grill over indirect heat. Crispin and Bacon brats! The road of excess leads to the palace of wisdom.

Pairing: I would opt for an ice cold Crispin Hard Cider. But if you want to wash down your brat with wine, you must choose Pinot Noir. Pinot Noir and bacon...a marriage made in heaven. 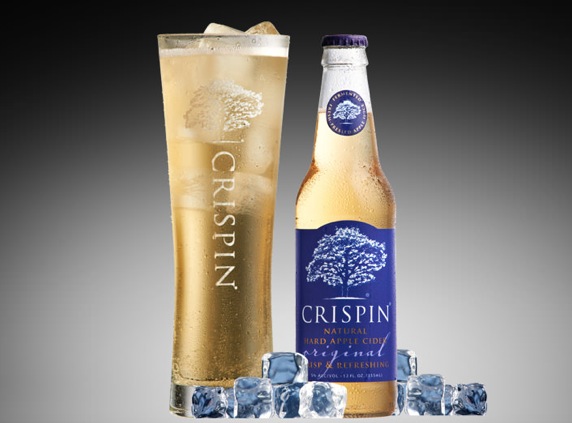