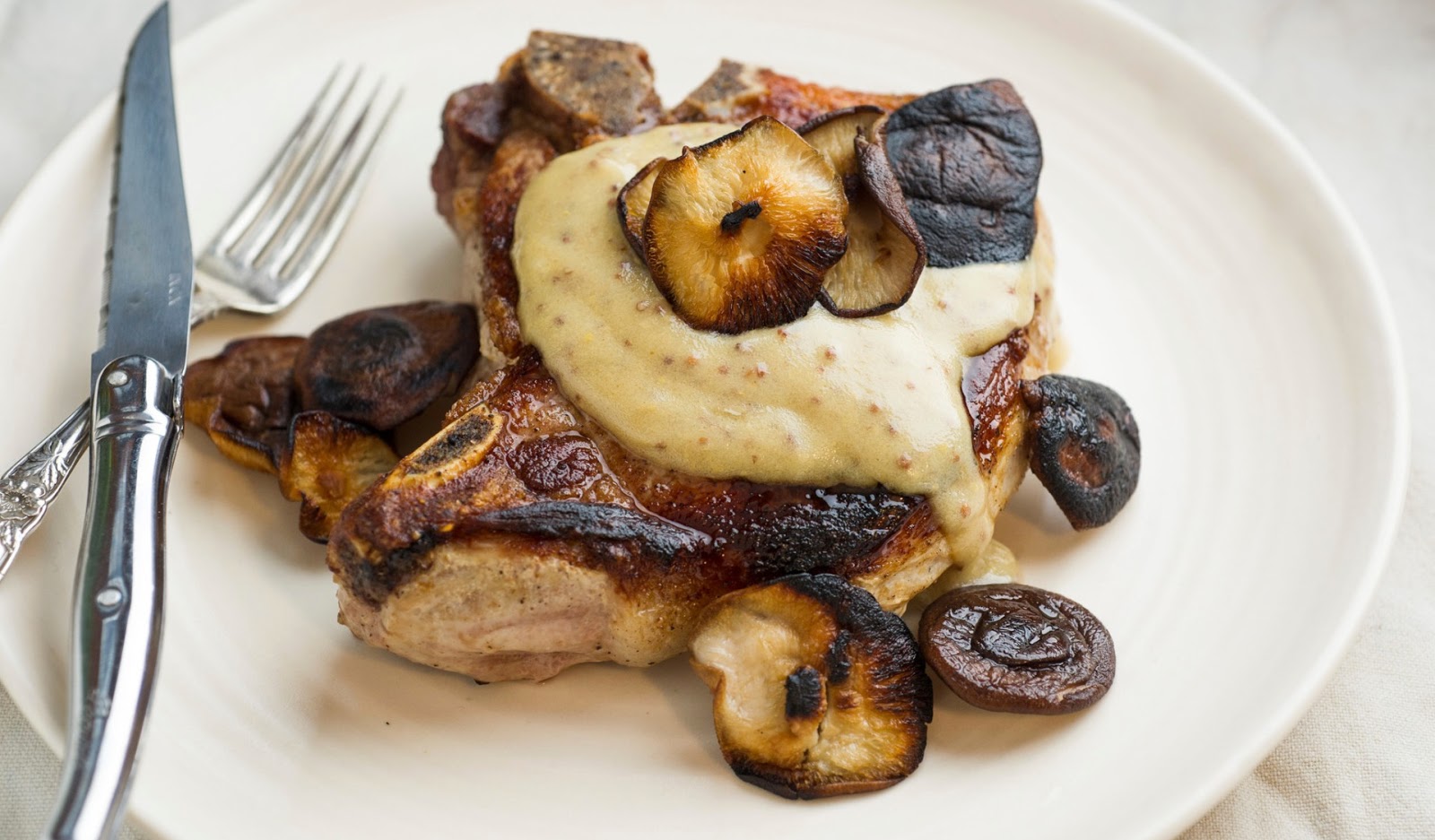 When it comes to cooking meat, I love pan-searing above all else. Pan-searing lets the home cook put a professional, steakhouse char on any piece of meat. To me, it's far superior to grilling. The science behind it is called the Maillard Reaction. The meat acquires a divine crust and aroma that can only happen at temperatures above 310º.

Two weeks ago, my featured recipe was for Pan-Seared Spanish Steaks. That was a recipe for the ages....just plain awesome. This week's recipe is for pan-seared pork chops. It was created by Alex Guarnaschelli for her New York restaurant, Butter. If she looks familiar, you may have seen her on Iron Chef, Chopped or many of her other Food Network appearances.


The meat is cooked unadorned, save for some salt and pepper, but the bold and complex taste of the mustard sauce with the umami of the shiitake mushrooms knocks this dish right out of the park. For pan-searing, a cast iron pan is preferred but steel will also do the trick. Do not use a non-stick pan under any circumstances (if you do, the food police will show up in your kitchen and perform a highly thorough, body-cavity search on you in front of your loved ones). This recipe serves four. 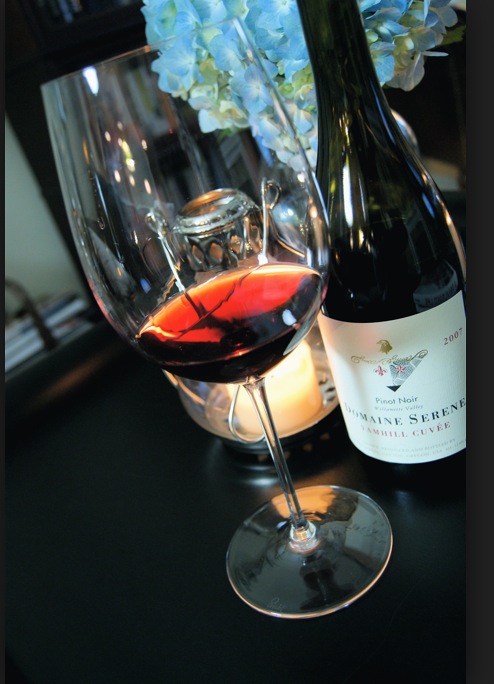 Recommended reading: http://terrygruggen.blogspot.com/2011/12/weapon-of-choice-cast-iron-pan.html
Posted by Terry Gruggen at 10:24 AM