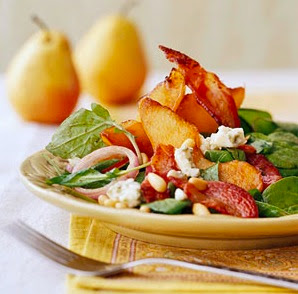 "I think what we are seeing
here is Weiner's second coming."
Carlos Danger

I was in the ad biz for 34 years. We always considered it cheating if you used a puppy or a baby in your ad to get attention. It simply meant the creator of said puppy/baby ad was so shallow and superficial that they were unable to create an interesting way to engage the reader.

First, you have his royal majesty, the King of Umami...bacon. Then you're throwing in the greatest peppery lettuce of all-time...arugula. Umami and pepper are then boosted to new heights with the addition of sweet summer fruit...Anjou pears. Toss in the acidic perfection of balsamic vinegar and then smooth everything out on the tongue with one of the most spectacular cheeses on planet earth...Gorgonzola.

So make this recipe. These ingredients represent the the All Star Cheating Team! It's Anthony Weiner meets Tiger Woods meets Jesse James meets Kristen Stewart meets Arnold Schwarzenegger meets Bill Clinton. A randy bunch, no doubt, but your tongue gets to have all of the fun. This recipe makes six, side-dish servings. 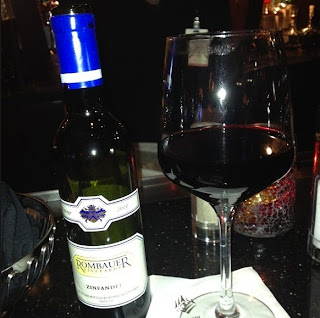