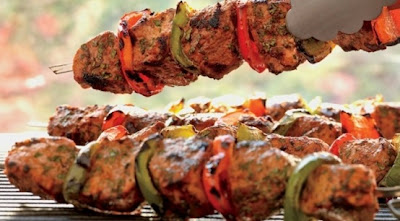 Last night was a rite of passage for my oldest son, Sean. Senior prom. He looked pretty dashing in his white tux. After the prom the party moved to our house, where they lasted until about 4:30 in the morning. So this morning it was Lumberjack Breakfast for 10: bacon, sausage and hash browns. Rib-sticking good.

It's prime grilling season here in Minnesota. Well, maybe not so much in the northern part where the ice is still on the lakes. But last night was a perfect night in Minneapolis for cooking over charcoal,  which is exactly what I did.  If you are looking for a little break from the usual steaks, brats and burgers, this Spanish Kabob recipe from Jamie Purviance is terrific. Pair this up with some Spanish rice and a nice bottle of Rioja...and you've got an inexpensive night in Madrid while never leaving your back yard. This serves six to eight. 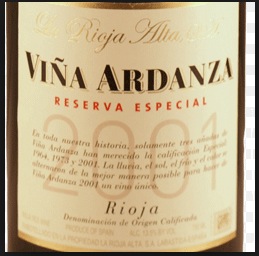