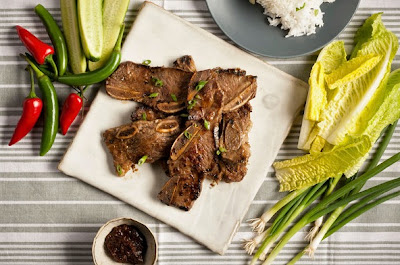 By the end of this week, it will be March. I'm itching to grill over charcoal, but I'll be damned if I'm going to shovel a path to my Weber. So it's back to my much-used grill pan for some indoor grilling (http://terrygruggen.blogspot.com/2010/11/my-beloved-grill-pan.html).

Korean barbecue is some of the tastiest cuisine on the face of the earth. This dish, which features a cut of beef that I revere, is a rich cornucopia of Asian flavors. The marinade makes the meat: soy sauce, brown sugar, rice wine, sesame oil, onion, garlic and Asian pear.

The key to Galbi is that you want thin strips of short rib, no more than a half inch thick. There are basically three ways to achieve that. If you buy English style short ribs (like the ones they sell at Whole Foods, which are cut along the bone), you must butterfly the meat into thin strips. This is a hassle, so I suggest you avoid this option.

Because the meat is but a half-inch think, it cooks very quickly. When the meat is done, it is typically placed inside a lettuce leaf with a spoonful of rice and a dab of ssamjang, the spicy Korean bean paste. This recipe was created by David Tanis and serves four to six people. 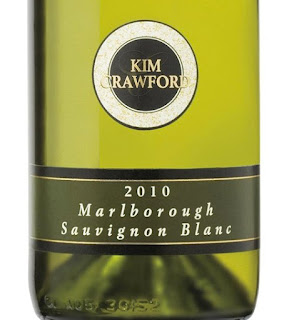