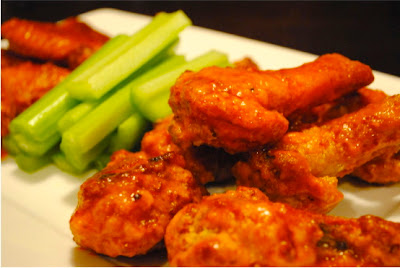 I am blessed with a small group of really good friends. Most of them are from my school days, from elementary school through college. One of my closest friends is Scott Drill...we go all the way back to 3rd grade.

Scott is an amazing individual. Former Minnesota State Wrestling Champion. Harvard degree in economics plus an MBA in the same. Successful entrepreneur. Longtime CEO of two Minnesota companies. World-class poker player, aided considerably by a photographic memory and a knack for numbers like you have never seen. (After winning one tournament, he was given $64,000 in cash. He threw it in a paper bag, plopped it in his trunk and made the two-hour drive home...which I am reasonably certain is not a safety protocol they taught him at Harvard.) And to top it off, he looks like Glen Campbell's little brother.

But like all people, Scott has faults. While they are numerous, I would like to spend a moment on the most egregious one. Scott's biggest fault is that he likes telling jokes. All kinds of jokes. While some are funny, it is incredibly painful listening to him tell a joke. It takes him for frigging ever to tell a joke. Why? He finds his jokes so incredibly funny that he has to pause every ten seconds to laugh at just how funny he is. Let me give you an example. Here's one of Scott's favorite jokes, one he latched onto back in the early 70's:

Two guys are walking down the street when they
come across a giant, male German Shepherd lying in the
middle of the road, licking his privates in earnest. The
first guy turns to the other and says "Gee, I wish I could
do that". His friend turns to him and says "You better
pat him on the head first. He looks kind of mean".

Now I like that joke. It's quite funny when it is told quickly....a good joke teller could execute that joke in less than ten seconds. The problem with Scott is that he stretches that joke out to about five minutes. He finds it so incredibly funny that he keeps breaking into fits of uncontrollable laughter after just a few words. This laughter goes on for so long that Scott feels compelled to start the joke over from the beginning. So every time he starts to tell a joke, I feel like Bill Murray in Groundhog Day. I'm caught in an excruciating time loop, one that unfolds in slow motion, torturing me beyond belief.

I have spoken to his wife about this ad nauseam. While she agrees with me, she has been powerless to reign him in. And the real problem is if we are out in a group and someone laughs at one of his jokes, he feels compelled to share his entire repertoire. That is my idea of a slow and painful death.

If Scott were a cook, his kitchen would be incredibly simple. How complex does it need to be if the cook only has two speeds...."slow" and "stop"? If I were designing a kitchen for Scott, it would only need to be about four square feet. And there would only be two things in that kitchen: a sink and a slow cooker. Just as he does with his joke telling, all of his meals would be done low and slow.

So for Scott's first day in his new kitchen, I am going to teach him how to make Buffalo Wings the slow way. Thanks to the slow cooker, we're going to end up with incredibly juicy and tender wings with a fiery, crisp outer coating. And I must pause here to make a very important point. For the hot sauce, I emphatically recommend "Frank's RedHot". Frank's has a mellow heat and incredibly deep flavor...you won't scorch the oral cavity of those you love and cherish.