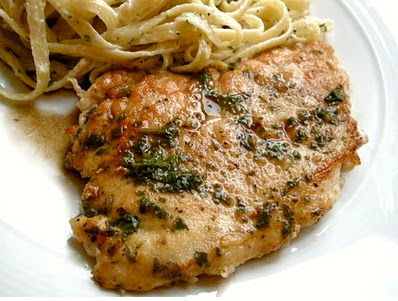 I believed that the game of Chicken had only those four outcomes. I believed that until the spring of 1987, when I actually saw a game of Chicken that had a win/win scenario. Here's how it went down. I was working at an ad agency called Bozell at the time. We were about to record a voice over for a new TV commercial we had just shot. We were at the recording studio, the talent walked in and we recorded his first take.

The guy absolutely nailed it on his first try. Normally, you do a bucket load of takes and then piece together the best performance of each individual sentence into the final voice over. But this talent was extraordinary and crushed it like the pro he was. We looked around, everyone agreed we had it...and we called it a day.

We were quite pleased with ourselves as we returned to our offices. We had the voice over on cassette and sent a messenger with the tape in hand to bring it to our client for approval. A short while later we got the call. The client did not like the voice over we sent them. They asked that we send them the outtakes so that they could pick out a version they liked better. Well, now we were really screwed as we only had the one take. If we had to book a recording studio again and bring the talent back in, we were looking at a $10,000 tab that we would have to pick up.

Then our Executive Producer had a brainstorm. He took the one take we had and dubbed it to a cassette ten times. So when the client got the cassette it would look like ten different takes, but in fact it was just a single recording repeated ten times. The tape was sent off to the client and we waited nervously to hear their verdict. The call came just a bit later. They liked takes #2, #3 and #7. They felt those three were the best and we could simply select any one of those for the TV spot. And thus I witnessed my first game of Chicken that had a win/win scenario. Conflict AND conciliation.

Pan-seared chicken breast introduces us to the study of cooking theory. If you pan-sear a skinless, boneless chicken breast, you end up with a dry piece of meat with not much flavor. If you pan-sear a bone-in, skin-on chicken breast, you will never get the middle of the meat to cook because of the unwieldy shape. So the solution is actually quite simple. You want a skin-on chicken breast so you can crisp up the skin and take advantage of that spectacular flavor. And we will simply remove the bone and pound the breast flat so that it cooks uniformly in the pan. This recipe serves four.


*Clarified butter does not burn, which makes it perfect for this high-heat sear. You can find it at most grocery stores or online: http://www.amazon.com/Odells-Chefs-Butter-Clarified-10-Ounce/dp/B001EO6FKK/ref=sr_1_2?ie=UTF8&qid=1356888131&sr=8-2&keywords=clarified+butter 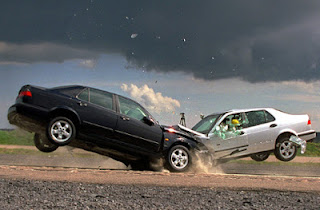