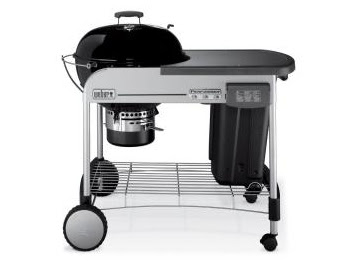 Some of my early memories are of my dad grilling steaks on his Weber Kettle. He concocted his own special basting sauce made from A1 Steak Sauce, Worcestershire sauce, Tabasco and some secret herbs. Those charcoal grilled steaks were delicious and helped contribute  to my lifelong love of all things beef.

When I got my first house back in 1981, I went out and bought myself a Weber gas grill. Talk about easy....flip the ignition button and ten minutes later you were ready to cook. So for the next 27 years, I was a Weber gas grill guy. When my gas grill would give up the ghost, I'd get the latest and greatest gas grill from Weber.

Three years ago, my last gas grill died. I was sick of things always going wrong, parts needing replacement and constantly juggling propane tanks. So I decided I was going to go back to my Dad's roots...back to a Weber Kettle. And I was surprised to see the improvements they had made compared to my Dad's 1960's model. 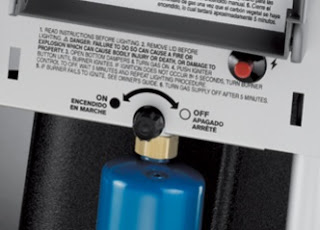 There's also a really handy charcoal storage bin under the work table that folds out for easy access. If your mother named you after an evil child from the movie "The Omen" and later in life you go on to become a Brazilian Jiu-Jitsu and CrossFit magnate, your use of the charcoal bin would look like this: 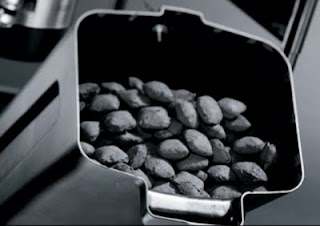 Higher primates will instead use the method shown below. Simply take the bag out, pour the charcoal into the chimney and then return the bag to the bin. The latter method, in addition to being speedier, also means that you will not have to wash your hands after handling 60 individual pieces of charcoal. 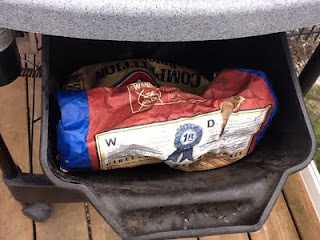 Every detail on the Performer is so well thought out. There's a lid holder on the far side that let's you slide the hot cover in while you are flipping or moving food around on the grill. There's a thermometer built into the lid, which is incredibly helpful when you are doing indirect cooking. 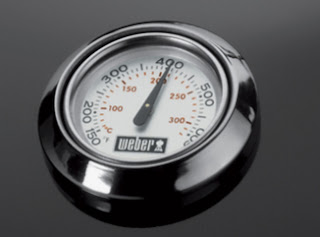 But I think the best part is how easy the cleaning system is. In the old days, you had to scoop ash out and that was a messy and tedious job. Now they have a One-Touch cleaning system. The ash falls into a small pail and with a quick snap, the pail detaches. You empty the pail into a bag and snap the pail back in place. 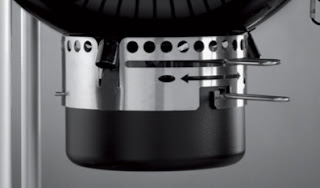 The Weber Performer retails for $329. The grilling surface is 22.5" and it's available in green, blue and black. This is my third year of being back on charcoal and I absolutely love it. Yes, gas is easier, but food cooked over a charcoal fire tastes better. If you use a propane or natural gas device, you are not grilling...you are just cooking outside. If you want the real McCoy smokiness and an honest-to-goodness char, you have to build a fire.

Thanks, Dad.
Posted by Terry Gruggen at 1:54 PM