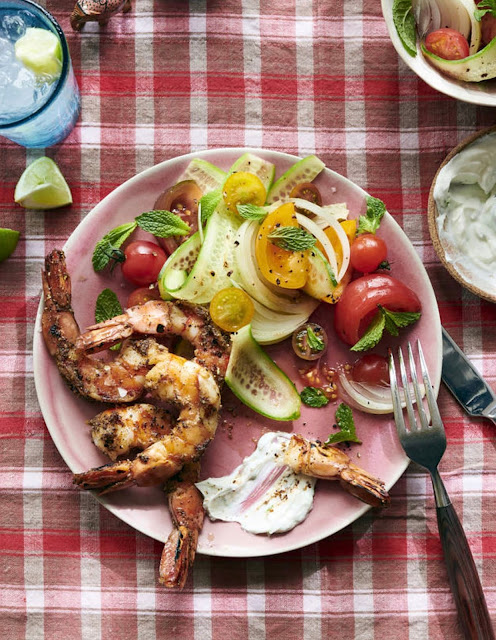 July is proving to be cruel month. It is so miserably hot and humid outside that I find myself in the same predicament as I do in January...I don't want to go outside to grill. The last three night's dinners have all been prepared on my stove top. But I don't mind. The food is good. I stay cool. And thanks to chef Floyd Cordoza, this is what I will be making tonight.

Actually, his recipe works if you are using a cast iron pan or a grill. In lieu of suffering 70º dew points, I'll be using cast iron on the stove top. This recipe is from his restaurant, The Bombay Bread Bar in SoHo and it serves four. The cucumber and tomato salad is the perfect complement to the main dish and he includes a lime-yogurt sauce for dipping your shrimp. He recommends cooking the shrimp in their shells for the most moist and tender results. 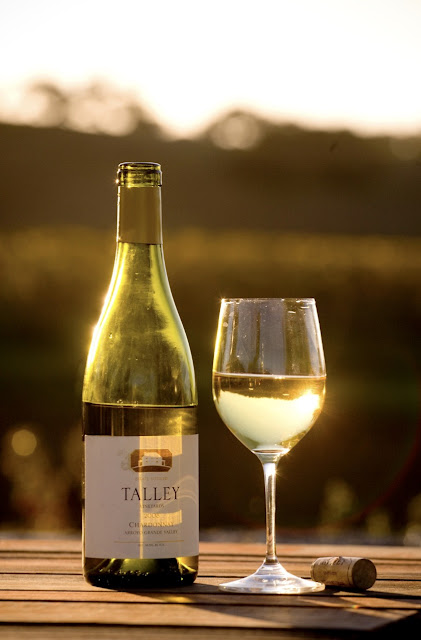 Wine pairing: For this meal, you want a big, oaky Chardonnay. Try a Talley, Rombauer or Kendall-Jackson Grand Reserve.