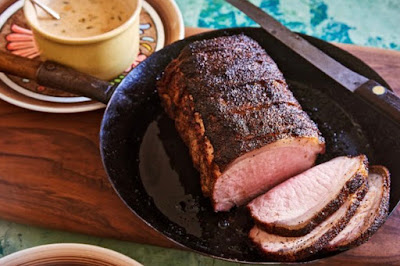 Taqueria del Sol restaurants are wildly popular down in Georgia and Tennessee. The restaurants are run by Eddie Hernandez, who grew up in Monterrey, Mexico. But when Eddie later moved to Georgia, he fell in love with southern cooking. So he created his own, unique cuisine...which is essentially "good old southern cooking" meets Mexican. Pork roast with Roasted Jalapeño Gravy is one of the most coveted specials at his restaurants. This spectacular recipe was recently published in The New York Times and I really wanted to share it with you. 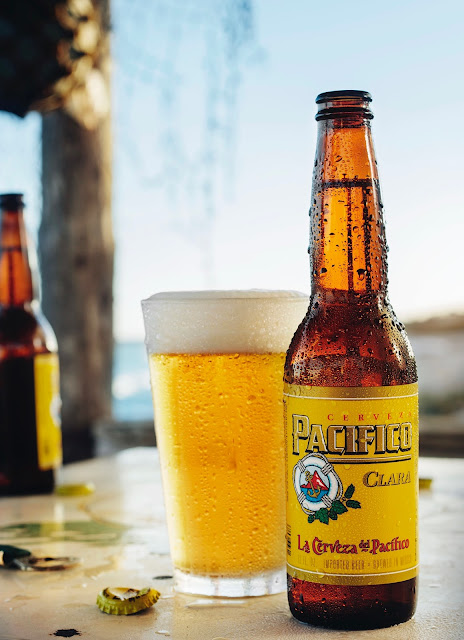 Pairing: If you absolutely insist on having wine with this dish, my suggestion would be to reach for a big, fruity Zinfandel. However, whenever there are jalapeños involved, I'm going to grab a cold bottle of Pacifico.

Posted by Terry Gruggen at 8:25 AM