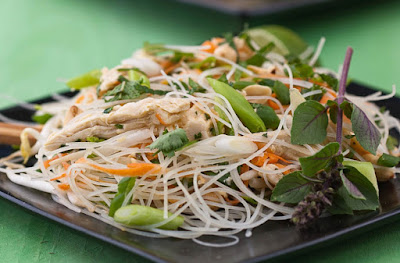 Two weeks ago I featured a charred squid dish that was the creation of Pim Techamuanvivit and Mike Gaines. They are the two chefs that run Khin Kao restaurant in San Francisco. They pride themselves on authentic Thai food (they disdain the "tyranny of peanut sauce") and they have hit another home run with this chicken and noodle salad.

The key ingredient here is the fish sauce. And as I have campaigned for years, you owe it to yourself to have a gazillion bottles of Red Boat Fish Sauce in your pantry. It is made in the tradition of a fine wine, aged in barrels for a year. There is nothing else like it when it comes to fish sauce. 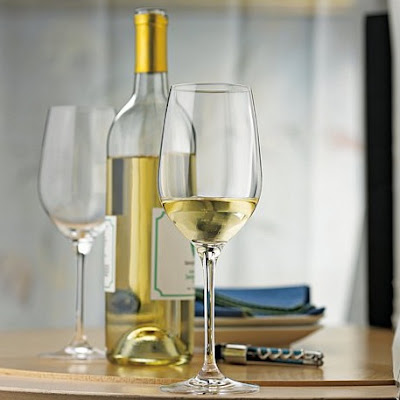