Perfect Fried Eggs, Sunny Side Up 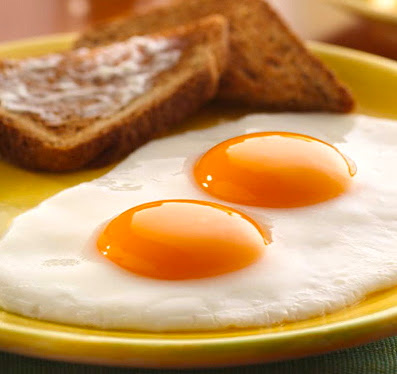 I started cooking breakfast for the boys a little while back. Patrick, our resident carbo fiend, is a breeze to make breakfast for. A little fresh fruit, some bacon and perhaps a couple of waffles. Sean, our resident protein fiend, loves fried eggs. Please take me out in a field and shoot me.

I have never in my life been intimidated by a recipe. I have really good intuition when I look at a recipe and I can tell what's right or wrong the first time I read it. However, I started reading fried egg recipes out on Al Gore's Internet and for all my effort, I felt like I was trying to read Egyptian hieroglyphics. 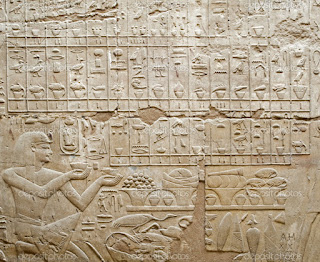 While I understood the mechanics of cooking the eggs, I had no sense of how they should taste. Nor would I, as I still have one good hip that I will give up if that same doctor gives me that choice again. So the only thing I could do was just start. Trial and error. Woe be my test monkey, Sean.

So start I did. The first eggs I cooked for Sean were an epic failure. While they looked OK to me, his reaction to the first bite was classic. His face contorted and grimaced like he had just smelled the worst fart of his entire life...the kind that can bring up your lunch on a warm day. Alright Sean, Dad is headed back to the drawing board.

My failures went on for weeks. I tried everything. But every first bite of every experiment ended in some sort of facial expression on Sean's part akin to the overwhelming presence of flatulence. He was far too polite to say it, but my fried eggs tasted like shit...and smelled like it, too.

Then in mid-December, Bon Appetit magazine arrived with the answer to Sean's prayers. It hit me like a ton of bricks...dawn breaking after a millennium of darkness. It was the tool, stupid.
I had been using the stove-top to achieve all forms of monumental inconsistency. Bon Appetit pointed out that if you want to achieve perfect Fried Eggs, Sunny Side Up, and be able to replicate that perfection day in and day out, you need to use the oven.

The first time I tried cooking fried eggs in the oven, Sean proclaimed them the best fried eggs he had ever tasted. Angels sang on high, their thousand voices performing Beethoven's Ninth Symphony like it had never been performed before. Götterfunken! The world's greatest piece of music and the world's greatest fried eggs, intertwined for one brief moment in time...in my kitchen. Götterfunken! But I would still let them saw off my femur, pound a titanium ball and shaft down it, then screw a polymer cap in my hip socket...before those perfect fried eggs would ever cross my lips.

*You can use regular butter, but I prefer clarified as it will not burn. 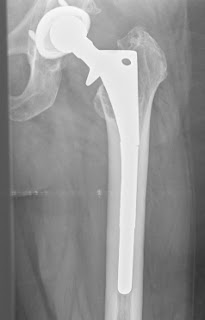